How Xbox Is Going to take over the Digital Communications World

I know what you’re thinking, “I don’t play video games and have no need for an Xbox.”  Not unusual, most adults ages 35+ still look at these little devices as a super sophisticated grown up version of ATARI.  Here’s the deal though, it’s not an ATARI, NINTENDO nor any other kind of device for that matter.  It’s a super sophisticated peripheral that can cleverly sit at the helm of your TV and deliver everything from movies, Internet and on demand TV.  That’s not the story here though.  Ready to follow me through my train of thought?  I did predict the downfall of Netflix over a year ago and was right on the money, if that makes you feel any better.
Normally, I wouldn’t be this emphatic about yet another entertainment peripheral (I do have a life); but this time, I see a formula coming together that could very well be what defines digital communications for everyday households.  Why?  It’s called money people; and the Xbox is about to become a freaking retail point of purchase (ie. cash register), one Americans will not only use, but totally depend on.
Here’s how it works:
1.  Who creates the content we watch on TV, Movies, etc? If you said Hollywood, you get a gold star.  So what if I told you Hollywood is now taking that reality show and fragmenting out the story line into bite size social media pieces?  Imagine Kim’s Fairy Tale Wedding told as mini stories all across the web, leading up to one big E! Network release of a two part show.  That part is already happening.  The process is called “Curation“and entertainment producers (well the sophisticated ones) know exactly how to tell that story in a way that makes people hungry for more. 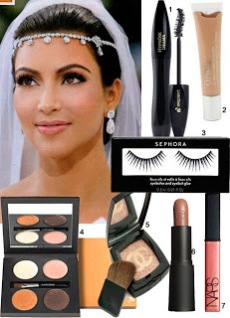 2.  Next, is the magical part.  What if while you’re watching Kim getting ready at her vanity you could click on the stuff she’s using and order or it right there online?  Possible? Yes.  The LookStore is already paving the way for celeb endorsed point of purchase ordering.  Only part missing is embedded links from a TV show to the store, and PRESTO! You’re now a part of the retail story.  That technology is currently in the works BTW.

3.  Finally, you’ve not only watched the mini-shows leading up to Kim’s Fairy Tale Wedding, you’re also all in love with the cool make-up items you bought right from Kim’s vanity.  Think you’re going to share your specialness with your peeps?  Duh.  Television and film producers are now thinking about ways to tie their content directly into social sites’ like Facebook and YouTube’s API.  Not rocket science.  I did it with my social gaming app earlier this year. The key for them is now to turn the whole experience into more social commerce opportunities.  I’d share how I think that’s going to work, but then I’d have to kill you.
So there ya go folks.  A basic overview of how that little ol Xbox just rocked out a girl’s reality show watching experience.  A big emphasis on the word “basic”.  I could share about fifty more ways this little box is going to rule the world for advertisers but it’s only 9AM and I’m not done with my coffee.